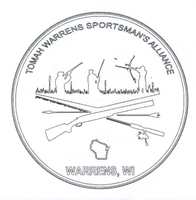 Tomah-Warrens Sportsman’s Alliance came into being when the Tomah Conservation Club, Wakoda Bowmen, and The Warrens Gun Club merged. The Tomah Conservation Club owned the land where we are currently located, but their membership was older and had dwindled. The Wakoda Bowmen were an active archery group that had their outdoor ranges already established on the grounds. The Warrens Gun Club was also an active shooting club, but they needed to move as the land that they leased wasn’t going to be renewed. Forming the Alliance ensured that all three entities could carry on. Today the Tomah-Warrens Sportsman’s Alliance still active with its archery and shotgun shooting with skeet, 5-stand, and trap. More importantly, it works to support the needs of the outdoor community and others. They encourage and support youth participation, learn to hunt programs, hunter education, State Rodeo shooting program, host FFA State Shoot, and in 2020 it held a special archery shoot for the Honor Flight, which is going to be held again in 2021. The Warrens Sportsman’s Alliance also donated the archery equipment that is used in the Tomah High School. This is just the tip of what this organization is about.